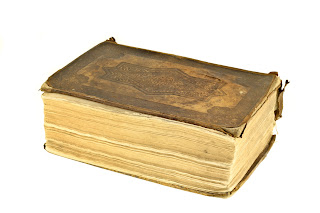 Self-publishing used to be the preserve of those writers who were not good enough to get published in the traditional way. There were some exceptions, but most self-published books sold a few copies to loyal friends and family of the author, and the spare copies then filled the author's garage or attic for years to come.

Self-publishing has become respectable. Many talented authors and amazing books have been self-published and it's no longer something to be sneered at. With the explosion in digital book sales, a self-published author doesn't have to stock up hundreds of hard copies of a work that might not sell. Free software means a book can be formatted and published online with little or no cost (though woe betide any author who wants to appear professional and hasn't bothered to get professional proofreading and cover design!).

This means there are tonnes of "published authors" out there. Some of whom are great, many of whom are not. Of those writers who aren't what we might loosely term "professional" standard, some know that they are not, others have been fooled by well-meaning friends into thinking that they are the next big thing. Not that I have a problem with any writers self-publishing - if they can sell a few books, make their family proud, enjoy themselves and feel as if they've achieved something, good for them. And you never know, you could self-publish and find that you are an amazing writer and a runaway success. Nothing ventured, nothing gained.

However, this publishing phenomenon is having an odd effect. Namely, everybody now thinks it's easy to get published. In a way, they are right. Anybody could publish their own work and put it up for sale. But some of us still want to be published the traditional way, and that's still very hard indeed.

I would never say never when it comes to self-publishing. For my just-finished novel to be published traditionally it needs to not only be one of the one in 1000 books sent to agents each year that gets accepted, but then go on to be sold by that agent to a publisher.The odds are tiny. If I fail to get anywhere with this route, I may well try self-publishing.

I know that by self-publishing, I would learn a lot about formatting, selling and marketing. But I don't have a passion for those things. I want to spend my time writing and editing. I want somebody with no emotional investment in me, to believe in my book too. For an agent to be as excited about my book as I am and to sell it to a publisher, is what I dream of, not putting my own name on Amazon.

I think traditionally published books are generally of a higher literary standard than most self-published books I've seen. But I am, of course, generalising horribly. I also know from experience that my writing improved ten times more from having a professional editor give me four pages of specific pointers, based on my writing, than I had learned from trial and error - or the advice of friends - across the course of an entire year. But there are good and bad books in both categories; this post isn't about better or worse, it's about the traditional and the new. Unless and until I am published by somebody other than myself, I feel as if I'll never quite be sure whether I am an enthusiastic amateur with a modicum of talent, or a writer able to hold her own on a bookshelf with established authors.

My novel is finished and in a few weeks I could either have it on Amazon for people to buy and potentially be making some money from it, or I could have it ready to sit in the slush pile on the desks of several agents, waiting for rejections to roll in. And unlikely as it seems, I know which one I'll be choosing...

Anybody else out there still holding to the old-fashioned dream of being traditionally published? Or do you relish the idea of having complete control of the whole process?
Posted by Chloe at 09:00