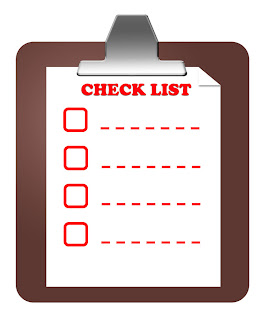 Does anyone else get a slight feeling of panic when they consider all the books they're missing out on? There are so many wonderful books out there and so many great authors, and no possible way to read them all in one lifetime. I find that I very rarely read a newly-released book, unless it is by an author I know and love, because I'm too busy trying to catch up on all the thousands of good books that are already out there. I don't think I've ever read a Booker Prize winner in my life. Goodness, I'm still getting through Jane Austen!

Sometimes lists can help. Since it was released in 2003, I have been slowly plodding my way through the BBC Big Read Top 100 books. It was a victim of its time, and of the fact that a lot of children voted, as JK Rowling, Jacqueline Wilson and Roald Dahl featured more prominently than they might have done otherwise. But in general, it has provided me with some great ideas for reading. Among the amazing books I probably wouldn't have read if it hadn't been for this list are Memoirs of a Geisha by Arthur Golden, and Holes by Louis Sachar.

I am currently on my 91st book on the list - Gone With the Wind by Margaret Mitchell. Now, I still have War and Peace and Ulysses to go, so it still might take me some time to finish. But once I have finished, I want to create my own list of must-read books. The best way of doing that, in my opinion, is to ask for recommendations. And it would frankly be rude to ask and not to give. So here is a random selection (i.e. the first ones that came to mind!) of ten books that I think everyone should read.

That was a hard choice! Have you enjoyed any of these books (or not enjoyed them!)? There are so many other books I want everyone to read - these aren't even necessarily my favourites - but I must stop and let you have your turn. What books must I include on my must-read list? Any genre or age range accepted!
Posted by Chloe at 20:28 13 comments:

What the Dickens to read?

If you're alive and in the UK, you can hardly have failed to notice that this year we are having a Charles Dickens Festival in honour of his 200th birthday. So far, I have been mostly ignoring DickensFest but at this current moment I am feeling inspired, so let's seize it! 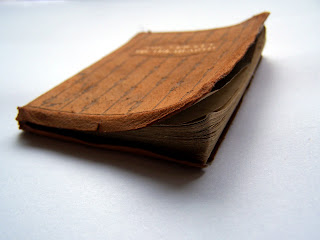 I have a terrible confession - terrible for a writer that is - to make.  I have an awful memory for plots. I forget the plot of most books I read within a year, even if I loved it. Thus, I know for a fact that I have read Nicholas Nickleby, Great Expectations, David Copperfield, A Christmas Carol, Bleak House and a Tale of Two Cities, but I could only tell you about two of them. Everyone knows the plot to A Christmas Carol and the plot of A Tale of Two Cities has remained with me largely because it is one of the best books ever written. Other than that I am in the dark. Further adding to my confusion has been the BBC Radio 4 comedy series 'Bleak Expectations' which is a spoof Dickens, starring Pip Bin and Mr. Gently Benevolent, and is hilarious. If you haven't heard it, then the first series is being re-broadcast at the moment and can be found on iPlayer. Stop reading this garbage and go and listen!

Anyway, as of 30 seconds ago, I have it made it a 2012 mission of mine to read at least two more of old Charlie's work. That's where you come in. Should I pick up Pickwick Papers, or visit the Old Curiosity Shop? Is Martin Chuzzlewit worth getting to know, or do you prefer Little Dorrit? Help me out here, friends. Which Dickens is your favourite?

Is anyone prepared to join me? All those willing to read one or two Dickens novels they haven't read before during 2012, shout 'Aye' and wave your hands in the air. More usefully, leave a comment telling me which one you fancy. (Which book, I mean. I'm not interested in your Strictly Come Dancing fantasies). If a handful of hardy souls volunteer then I will make a new page on the blog to publish short reviews of each book, written by you lovely people. Do you think we can do them all between us by the end of 2012? If no hardy souls volunteer then I will sulk. Think of my poor husband before opting out.

I will leave you with my favourite piece of Dickens and possibly the best opening to a book ever (oooh, there's a whole new post waiting to happen!). Sometimes I read this, just to make me happy. This is the famous opening sentence of A Tale of Two Cities...

Labels: anniversary, challenge, Dickens, reading
Newer Posts Older Posts Home
Subscribe to: Posts (Atom)
I'm represented by David Haviland at The Andrew Lownie Literary Agency. My novel, The Art of Letting Go, was published by Thistle Publishing in July 2014. Get it here!
Find out more at chloebanks.co.uk, hunt me down @ChloeTellsTales, or talk to me directly: hellochloe@chloebanks.co.uk