On Scrapping Half A Novel 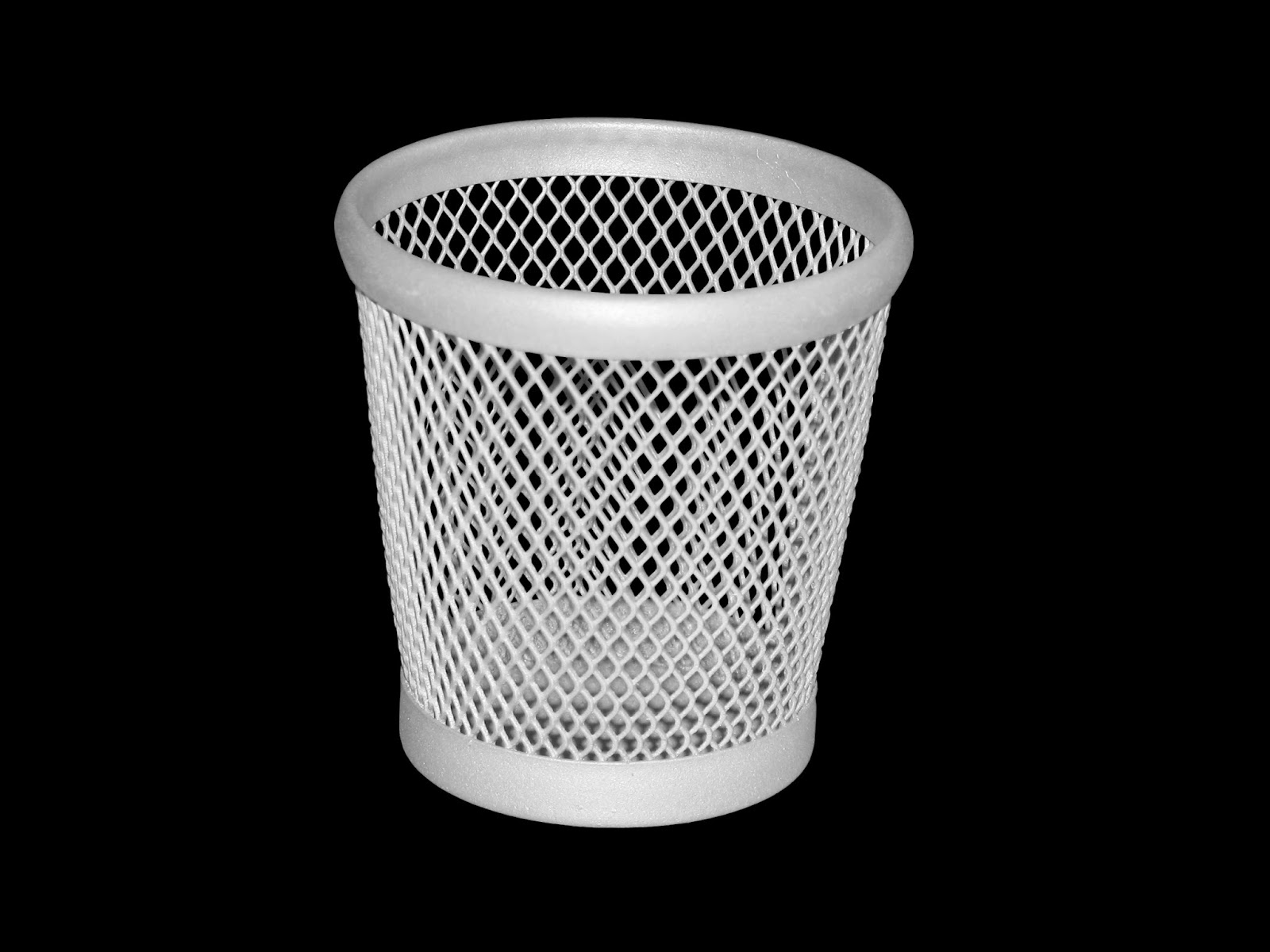 With very little time to write at the moment and the prospect of that time being whittled down even more dramatically in the not-too-distant future, I have decided to scrap 40 000 words of my novel-in-progress - all of it so far - and start again. Why? That's a question I spent far too long answering.

In January, I came back to my novel after a few weeks off and felt uninspired to continue. For a few weeks I convinced myself that it was normal - I always get stuck in the middle of a novel draft, don't I? But as the days went on and I still wasn't working on it, a nagging doubt kept surfacing. This wasn't my usual mid-novel mire, this was more important. This novel wasn't working.

The premise of my current novel is one I like a lot. However, a premise - the central idea - and a plot are different things. I didn't have enough plot to carry a full-length novel. I'd thought of one idea and gone with it blindly, but it wasn't the right idea. It wasn't big enough or strong enough or ambitious enough. It wasn't the direction the story needed to go in. When I finally admitted this to myself, I had two choices.

1) Scrap the novel entirely. Chances are it would take me years to get it submission quality and the amount of focussed time I had for writing was so small I might as well scrap the novel and concentrate instead on writing more short fiction and having fun.
2) Scrap the novel entirely and start it again. Take the initial premise and the main characters I'd created and re-think the plot completely. Forget the thousands of words that had been so difficult to snatch in my baby's nap times, and start with a blank page.

If I took neither choice, I'd continue to waste time not doing anything. So I thought I was going to go for option one. After all, if writing isn't fun, then what's the point? In the little time I had, I could write short stories and have the satisfaction of completing whole pieces of fiction. But instead, I've gone for option two.

The big thing that changed for me was my first novel being on promotion on Amazon. Until now I'd had plenty of good reviews from people who bought The Art of Letting Go because they know me, and a handful from strangers. This month, as hundreds of people have bought my first book, I'm getting reviews from people I've never met, who have no link to me at all - and they're still (mostly) good! Even better, people are getting in contact with me personally just to tell me how much they loved my book. I'm amazed and humbled, convinced there must be a mistake somewhere but determined to keep going. Of course, I'm terrified the second book will be a disappointment now, but at least I will have tried.

I've spent the last few weeks, re-working my ideas for my second novel (with the working title of Matthew's List). It still feels tough - I started writing it before my baby was born, took six months off, started all over again, wrote twice as much and now am scrapping the whole thing! But it feels good too. It is fun!

If I could encourage you all to do one thing, it would be this: when you read a book by a debut author and like it, tell them. You don't know how much they need to know it. They might be thinking of quitting. The fact that several people now have contacted me to ask me if I'm writing another novel has given me the answer they were looking for: Yes. Yes I am.
Posted by Chloe at 15:52 3 comments: 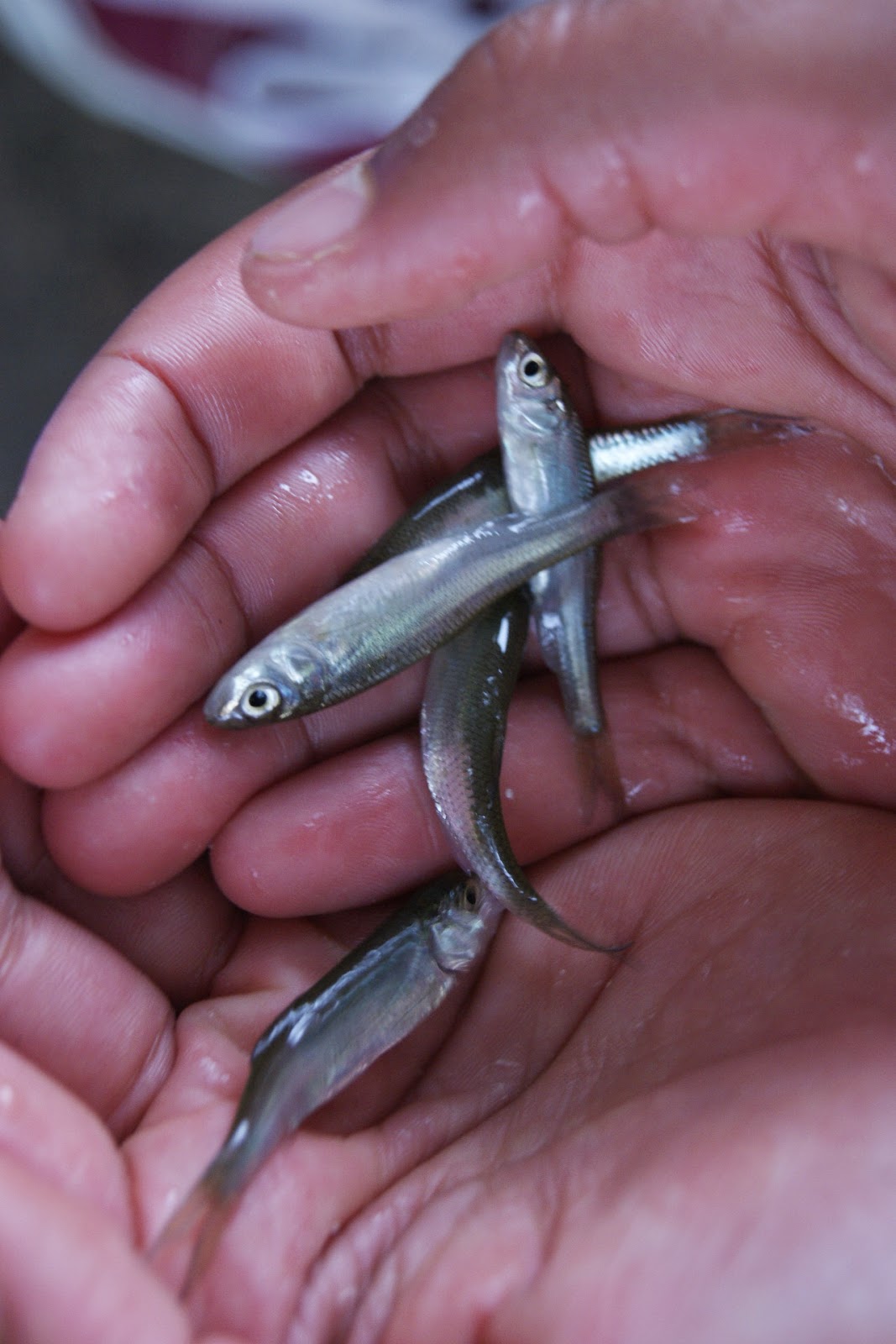 In November I was happy to share with you the news that I had been awarded a Certificate of Distinction in the Mere Literary Festival timed flash fiction competition. I am now even happier to tell you that the re-worked version of that story has just been awarded second place in the Flash 500 competition for the last quarter of 2014.

My story - The Language of Fish - was originally written in a week and was 350 words long. With the encouragement of Mere, I decided to give it a little more time and extend it closer to 500 words and enter into Flash 500. Flash 500 is a highly-regarded quarterly competition which regularly attracts several hundred entries so I was delighted to even make the longlist of 50, let alone win a prize. I have entered once before and was shortlisted that time so it's very pleasing to have done a little better this time.

You can read my story here, and see the judges comments and links to all three winning stories here. If you have a spare three minutes, please do go and give it a read!
Posted by Chloe at 09:23 10 comments: 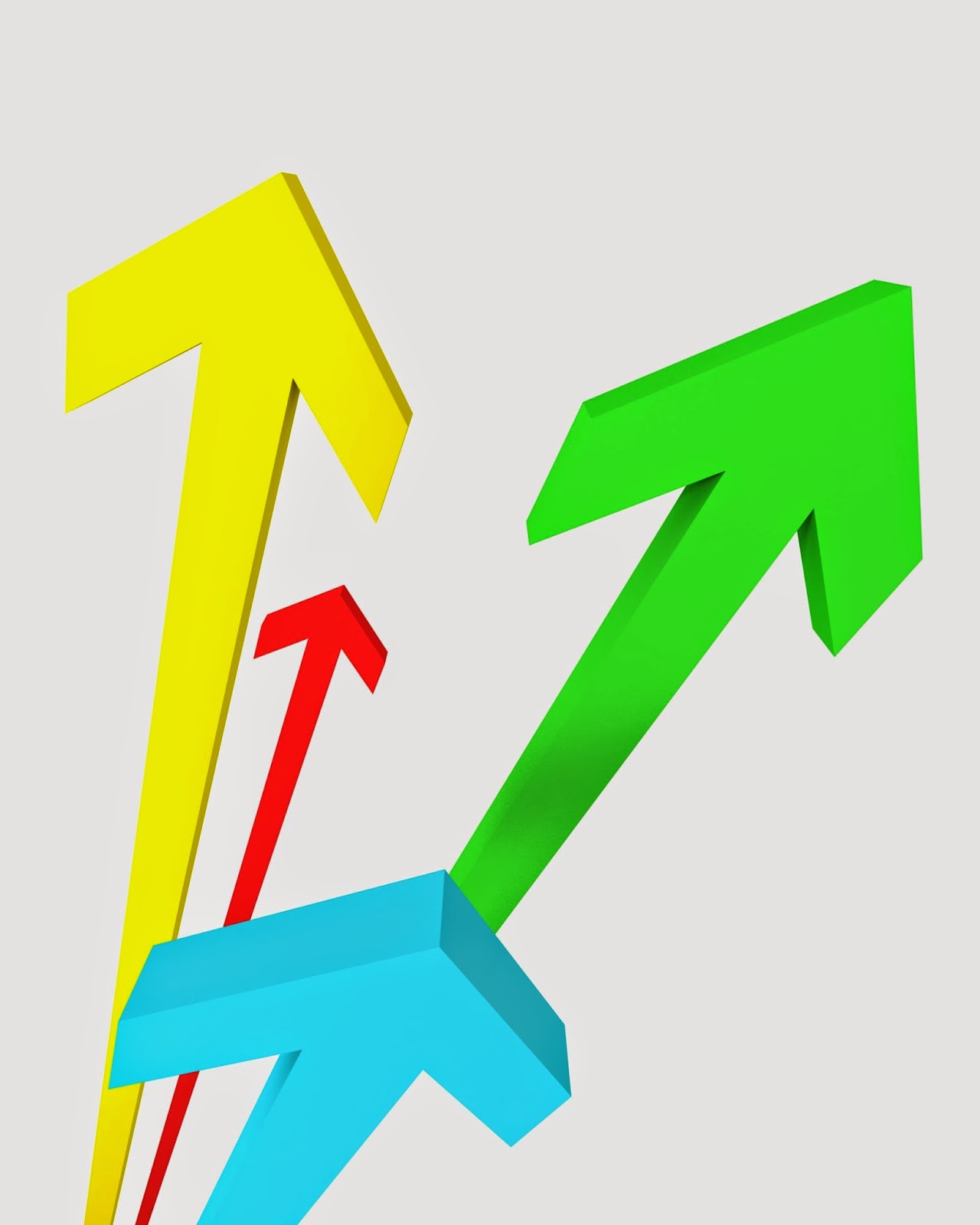 When I decided to accept the offer of publication from Thistle Publishing for my debut novel The Art of Letting Go, I wasn't entirely sure if it would be a success. It wasn't the big, traditional, prestigious deal I'd hoped for, and yet there were many advantages to the offer. One of the major advantages was that Thistle would be able to potentially gain access to Amazon's promotions. This was by no means guaranteed, so I'm very glad to say that this month my novel is indeed being promoted by Amazon for Kindle.

I wasn't sure if I'd be able to tell when my book was being promoted. Turns out it was quite easy. Before Amazon started e-mailing people to tell them about The Art of Letting Go, it was ranked about 30 000th in the Kindle Store. This is in the top 10% of books (there are about 400 000 books in the store), but isn't exactly a headline for my writing CV. Within half a day of the promotion starting it had climbed into the top 100.

Even more exciting than seeing the main figure climb, was seeing how I was doing in the sub-categories. I'm a little sceptical of sub-genre rankings. We've all seen people on Twitter who claim to be a "number one best-selling author", basing their claim on having been number one in Young Adult Paranormal Romantic Crime - or some such sub-category of a sub-category - for a couple of hours one day. However, I like to think that Women's Fiction and Women's Literary Fiction are reasonably big sub-genres and therefore I am proud to say that I have consistently been in the top 10 - often the top five - of them since the promotion started a week ago.

At the time of writing this post, this is what my ranking on Kindle (my novel has not been promoted in paperback so far) looked like:

Muting the excitement just a tiny bit is the fact that Amazon are selling my e-book for 99p. This is obviously a big factor in it selling well, but I'm also aware that that is about a third of the price a lot of people pay for a hot drink on their way to work in the morning. It's not so much about the value of the royalties as the value placed on my work! But, I'm not complaining really - I'm very grateful to have my work selling well at all!

When I decided to risk a non-traditional contract I worried that my sales wouldn't even reach 100. I'd read somewhere that 400 is the average sales for a debut novel that hasn't been self-published but hasn't had the full weight of a publishing house behind it. I was really hoping to reach this number at least, and so I am especially glad to have easily passed this milestone now and to be accelerating away from it - or at least, plodding away from it!

A big factor in being selected for promotion by Amazon, and for the promotion being successful is the number of positive reviews my novel has got. So if you are one of those people who have bought my book, and especially if you have reviewed it for me, thank-you very much!
Posted by Chloe at 15:52 4 comments:

There are many inspiring quotations from inspiring books out there. Today's quotation might not be the typical choice for inspiration, but having just read Where the Wild Things Are by Maurice Sendak to my son for the first time (he's 10 months old, but these things should be started early), I wanted to share it. As quotations go, there can't be many that surpass this for inspiring joy and excitement to last a lifetime. My husband and I like it so much, in fact, we got it printed on our son's toy box. What do you think? 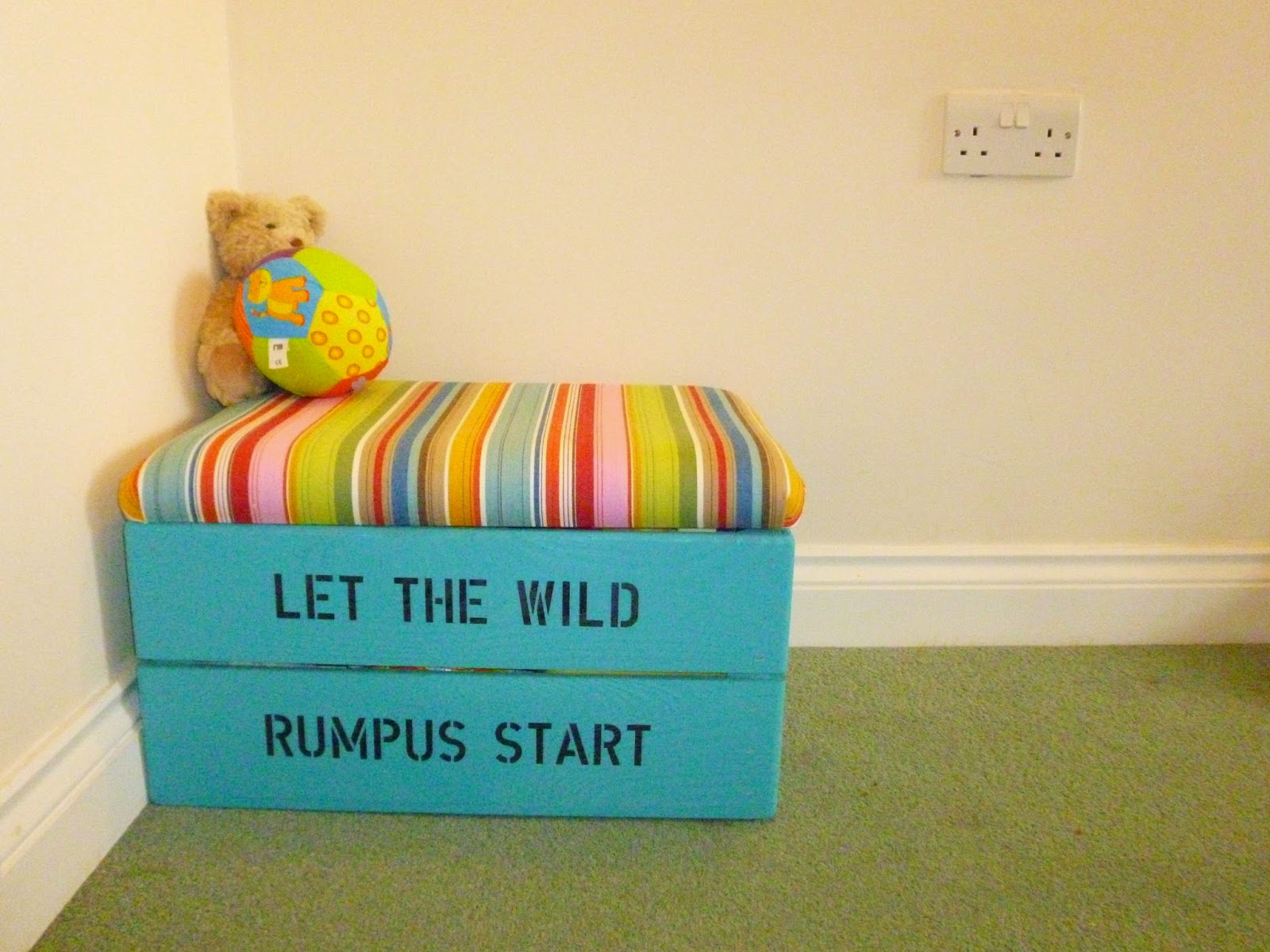 Labels: maurice sendak, quotable friday, quotations, where the wild things are
Newer Posts Older Posts Home
Subscribe to: Posts (Atom)
I'm represented by David Haviland at The Andrew Lownie Literary Agency. My novel, The Art of Letting Go, was published by Thistle Publishing in July 2014. Get it here!
Find out more at chloebanks.co.uk, hunt me down @ChloeTellsTales, or talk to me directly: hellochloe@chloebanks.co.uk