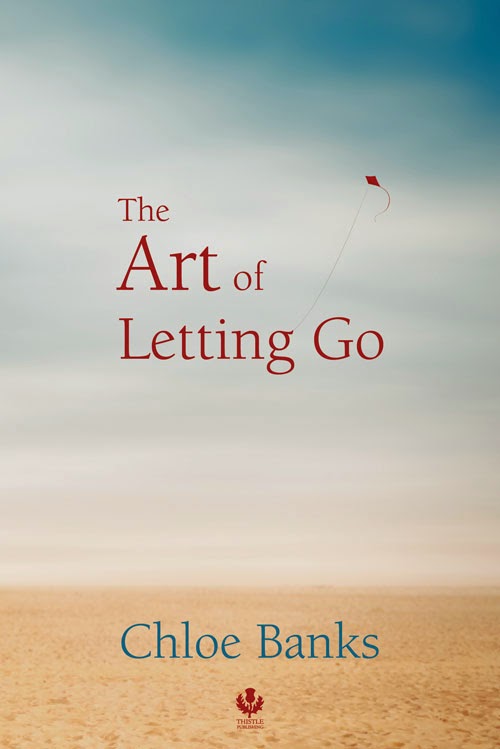 Last week, I had an exciting e-mail from my agent, telling me that The Art of Letting Go was one of the top 10 most-read books on Kindle in February, in the UK. I hadn't realised that Amazon could tell what people were reading on their Kindles. I assumed they only knew if someone had bought something rather than if they were actually reading it, but apparently they know all.

Several people I know with Kindles use them as a place to stockpile books. When they see a book being sold at a bargain price and they like the look of it, they'll buy it. It may sit on their Kindle for months or years before being read, but they use promotions as a way of stocking their virtual shelves rather than finding something immediate to read. I therefore assumed that a lot of people might've bought my book last month but not many would have read it. I am so glad to be wrong!

The more I think about it, the happier I am with this statistic. The Art of Letting Go was in the Top 100 bestsellers for most of the month, but got nowhere near the Top 10. So for it to be one of the ten most-read e-books in the country is very exciting. I was also apparently one of the 20 most-read authors, despite this being my only book to date. Even more importantly, being read a lot hasn't led to a lot of one star reviews. There are some negative reviews, of course, but I got my 50th five stars last week as well. At a time when it would be easy to feel as if my writing was at a standstill, good news is always welcome!
Posted by Chloe at 19:17 9 comments:

I wasn't going to do a Quotable Friday this week, but it seemed wrong not to in the circumstances. I'm not a die-hard fan of Sir Terry Pratchett, but I've read a fair few of his books, enjoyed them all and spent a lot of my youth listening to the fabulous Tony Robinson reading the audiobook versions. Following his death earlier this week, he is going to be greatly missed by thousands of readers and writers alike.

It seems an impossible task to choose a quotation from his huge catalogue of books. He basically invented flippant fantasy and was its king for years. The thing that got me into writing was accepting a dare to enter a novel-writing competition. My shortlisted entry was likened in style to Pratchett by the judges so I owe him a lot. My usual style is nothing like that now, but I still wanted to share a little something from his advice to fantasy writers about taking fantasy seriously (even if it's comic), found in the Writers' and Artists' Yearbook...

"Taking it seriously means that there must be rules. If anything can happen, then there is no real suspense. You are allowed to make pigs fly, but you must take into account the depredations on the local bird life and the need for people in heavily over-flown areas to carry stout umbrellas at all times."

One of the most popular of Sir Terry's characters was Death itself. So it seems appropriate to pick a final quotation from him...

He may have left too early, but don't think Terry Pratchett is going to be forgotten.
Posted by Chloe at 15:05 2 comments:

There was an article in The Telegraph last week, about a World Book Day survey run by Sainsbury's to find out which books parents would most like their children to read. Here are the top ten: 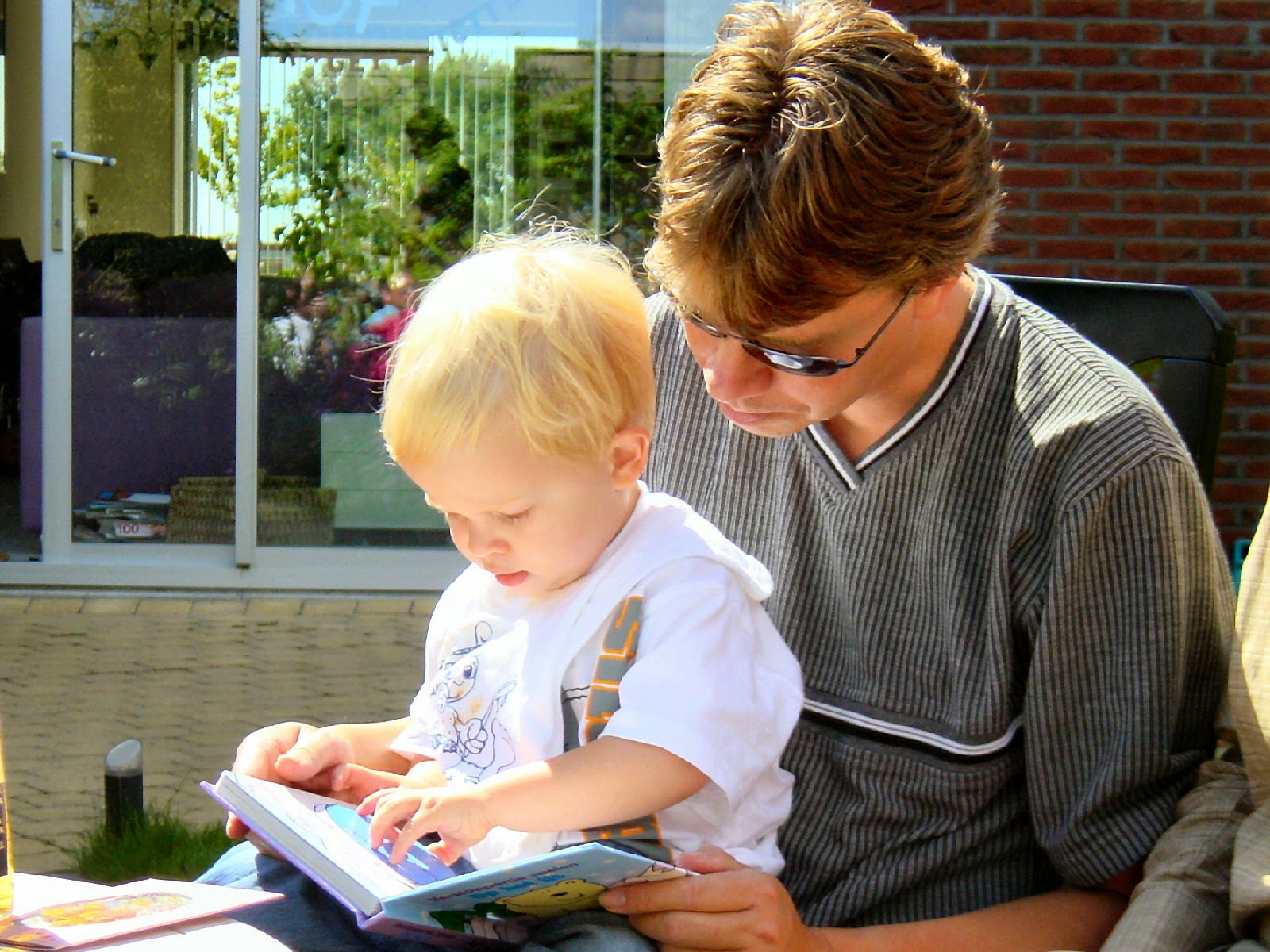 Have you read all of these? I haven't read Huckleberry Finn (am I missing out?), but the others were very much part of my childhood. (You can see the remainder of the top 50, in the article). It got me wondering which books I'd like my children to love.

There are so many books that brought me joy, but once that springs to mind would be Tom's Midnight Garden by Philippa Pearce. I first came across it when Radio Four used to do a children's story at 7pm on a Sunday evening, and I found it magical to both listen to and read. It also reminds me of an audio book that I loved to death - Emily's Ghost. Unfortunately, I don't know who it was by and I can't find it anywhere now, although there are other books with the same name. Both stories involved children who found their own time becoming intertwined with the past. I'll definitely introduce my kids to Tom and his magical world. What about you? Which books do you want to pass on to your children?

Perhaps all this leads to a bigger question - does it matter what children read? Apart from the obvious benefits of reading a wide variety of genres, and the obvious harm from reading books that are not at all age-appropriate (Carrie for your five year-old anybody?), does it matter if the books we loved are never loved by another generation? (Look at poor Emily's Ghost - forgotten by all but me!) I think it does.

Kids need to read books they enjoy or they won't stick with reading at all, and not all kids are going to like The Secret Garden or Charlotte's Web. However, I think it is important that they are given the option of exploring the classics of the past. If literature is good, it remains good. If it is worth reading, it remains so. If it helps breed imagination, opens eyes to different experiences or widens horizons, it will still do so 50 years after it is written. Some books will die out a couple of months after publication, others a year later, or a decade. It's natural that every generation will abandon a few of the books that have hung on for decades before them. But I like to think that each generation will also treasure some of the books from the past - as well as helping create the classics of the future too, of course.
Posted by Chloe at 20:35 8 comments:

Reviews: the good, the bad, the baffling 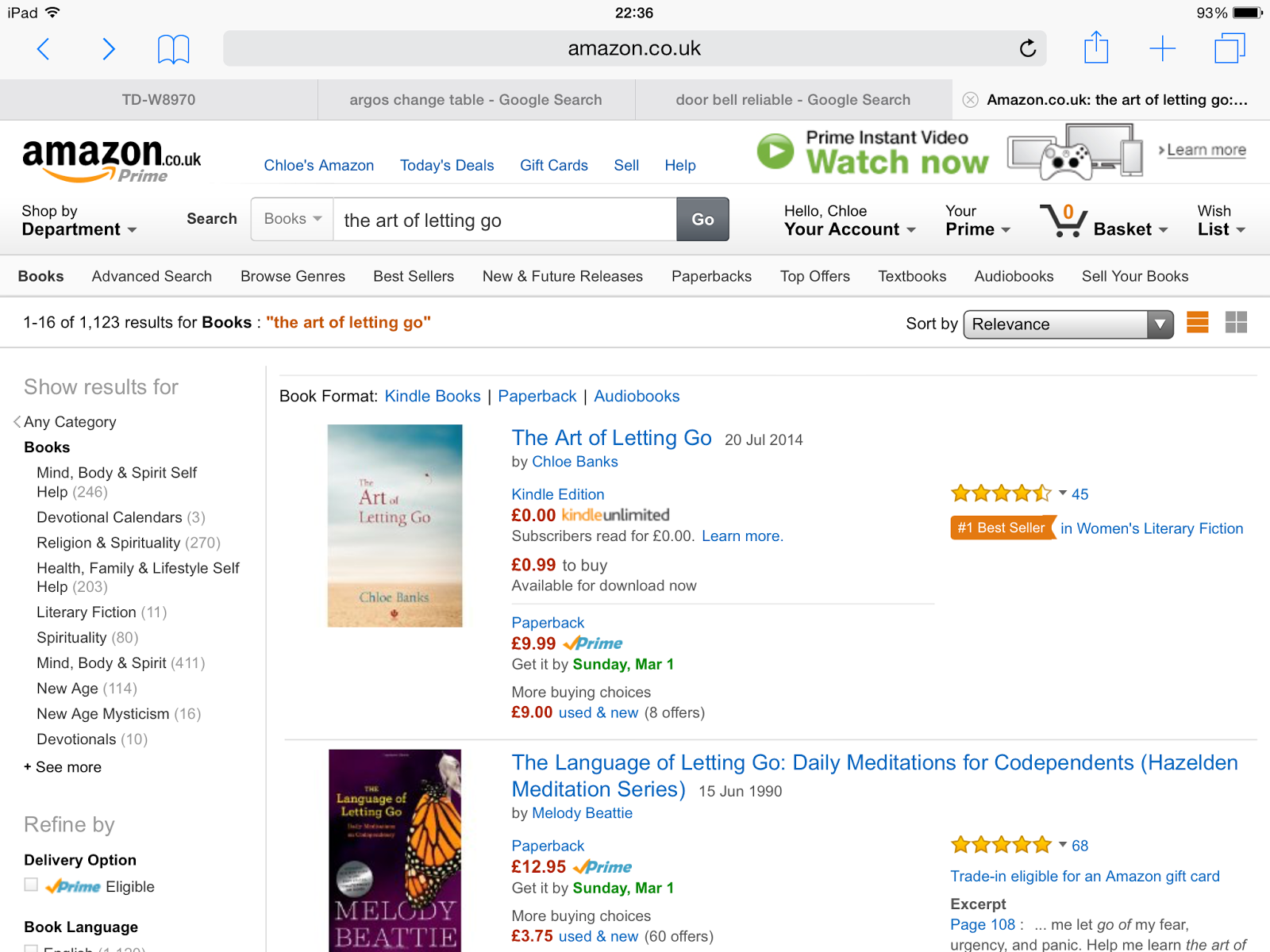 There are a number of writers who only write for their own pleasure. Most of us, however, write for both enjoyment and in the hope that somebody will read what we've written and enjoy it also. That's why reading reviews can be both encouraging and disheartening.

The e-book version of my novel, The Art of Letting Go, was promoted by Amazon throughout February. This meant a huge increase in sales, and therefore in my sales ranking on the Kindle store. It was exciting to be in the Top 100 e-books for nearly all of the month - my highest rank was 45 - and to be in the Top 10 for my specific genres. For the last week or so I have even been the bestselling e-book in Women's Literary Fiction, which meant I got one of those little orange labels that Amazon use to mark bestsellers. But for me, the best part of the promotion was the increase in reviews.

Before my book went on promotion, I had 23 reviews. They were all 5*, which was splendid (and really helped when it came to Amazon choosing me for promotion - so thanks so much to those who reviewed it!), but I was aware that a lot of them (not all) were from people who knew me. I was intrigued to know how my novel would be reviewed by people who didn't need to spare my feelings.

As of today, my review stats look something like this...

I'm really pleased with this, although I do feel with my headstart from all my kind friends, I am only going to watch the average sink over the next few weeks and months!

Oddly enough, I wasn't too discouraged by the very low rankings. The criticism from all my reviews of two stars or less, was much the same - the book was boring. This is pretty damning, but I don't suppose there is a book in the world which isn't found boring by somebody. I knew the major publishers hadn't taken it on because it wasn't a fast-paced novel, and I really don't mind if my book just isn't to somebody's taste. Also, The Remains of the Day, by Kazuo Ishiguro is probably one of the finest and "quietest" novels I've ever read, and its handful of negative reviews were almost identical to mine (not that I think my novel is even in the same league as that one!)

The little things that made me sad were the mediocre reviews - the people who said it was OK, but unmemorable; nice enough but with one or two major flaws. These are the readers I feel I've let down. If only I'd written the ending slightly differently, or taken more time over one character, perhaps I wouldn't have wasted their time. There was one 3* review in particular which made me feel dejected - they just didn't get the point of the story, and conveying that was my one job!

However, the 5* reviews have been such a joy to me. For everyone who found it tedious, there was one or two who couldn't put it down. There were people who loved my characters, praised my writing, or were gripped by the plot, and I confess I nearly cried knowing that they'd bothered to come online to tell other people how much they enjoyed it. There was one review which was so perfectly what I would've wished for I feared they were being sarcastic! It was, of course, immediately followed by a 2* review. Win some, lose some!

Thank-you to everyone who has read and reviewed me - good or bad - it's so valuable for a debut author. I've taken great encouragement from the compliments, and some valuable lessons from the criticism.

You can read all the nice and nasty things people have said about my work here. But if you want a taster, here is my one 1* review, and my favourite 5* review for you to enjoy...

1*: Probably the most boring book I have ever managed to get half way through before giving up.

5*: What an utter delight this novel is. I was initially attracted by the cover and the title and then was blown away by the writing. It was one of those rare books that had me hooked from the first page. All the characters are so well drawn that I became deeply involved with them. The very different first person voices are beautifully realised - each one real, human, unique...a testament to Ms Banks' skill and craft. This does NOT read like a debut novel: it is confident, accomplished & I would go so far as to say masterly. I can't wait to read more by this author. In the meantime, I am about to re-read The Art of Letting Go to savour it all over again.
The only downside is that it's one of those novels you're really sad to finish because you know that everything you read for a long time afterwards will feel inadequate and second-rate by comparison. HIGHLY recommended.

Labels: amazon, criticism, disappointment, encouragment, novel, praise, rankings, reviews, the art of letting go
Newer Posts Older Posts Home
Subscribe to: Posts (Atom)
I'm represented by David Haviland at The Andrew Lownie Literary Agency. My novel, The Art of Letting Go, was published by Thistle Publishing in July 2014. Get it here!
Find out more at chloebanks.co.uk, hunt me down @ChloeTellsTales, or talk to me directly: hellochloe@chloebanks.co.uk