The winner of this year's Costa Book Award was announced this week. To the surprise of many people, Book of the Year was won by the winner of the Children's Book Category - The Lie Tree by Frances Hardinge, a Victorian mystery story. It is only the second time the a children's book has won the overall award (the first being The Amber Spyglass by Phillip Pullman). 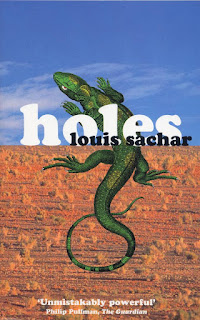 For me, this marks a trend I've noticed in the last few years - that of children's and Young Adult's books becoming increasingly recognised as works of literary merit and enjoyed by people of all ages Whereas they used to be the domain of under-16s and aspiring authors for that age-group, they are now unashamedly popular. I'm sure some of this has to do with the mass appeal of Harry Potter, but I hope it also has to do with an acceptance that books for children are not books that are written to a lower standard.

When I was a child I devoured books. I was a huge fan of Enid Blyton, especially the Famous Five books and Malory Towers, but I read pretty much everything I could get my hands on. By my mid-teens I was mostly reading adult fiction, but thanks to the BBC Big Read in 2003, I ended up reading a lot of books for younger minds in my late teens and early-twenties. And I think I probably got more out of them coming to them later than I would've done a few years earlier.

Here are a few of the books I came to late which I would recommend for readers of any age:

Are there any books targeted for younger readers, that you have come to as an adult and enjoyed? The rise to fame of The Lie Tree has inspired me to search a bit wider for my next must-read book. It has been a long time since I read any Young Adult fiction, what do you recommend?
Posted by Chloe at 21:15 2 comments:

Hands up who got a stash of books and/or other literary gifts this Christmas? I thought I'd start 2016 not with a list of my writing resolutions - this is woefully short - but with a glimpse of my favourite literary gift.

I was lucky enough to receive all sorts of wonderful things for Christmas, including this Alice in Wonderland necklace. My favourite book-themed gift though had to be this surprise present from my parents. 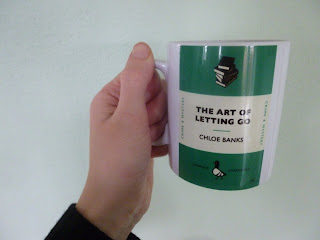 I may not yet have written a novel that will become a classic for generations to come, but my mug thinks I have. As I don't drink tea or coffee, nobody has ever got me a special mug before, but I do drink hot water all the time so it's nice to be included at last!

What were your favourite Christmas gifts?
Posted by Chloe at 20:44 2 comments:

Labels: christmas, christmas gifts, gifts for writers, literary gifts, the art of letting go, the literary gift company
Newer Posts Older Posts Home
Subscribe to: Posts (Atom)
I'm represented by David Haviland at The Andrew Lownie Literary Agency. My novel, The Art of Letting Go, was published by Thistle Publishing in July 2014. Get it here!
Find out more at chloebanks.co.uk, hunt me down @ChloeTellsTales, or talk to me directly: hellochloe@chloebanks.co.uk