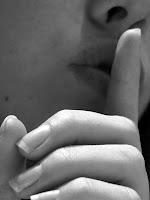 It should be easy to be a Christian and a scientist nowadays. No more burning at the stake for one thing. Then there are a wealth of scientists who have a strong faith, such as the head of the human genome project Dr. Francis Collins, and men of faith who trust in science, for example the brilliant Tom Wright, Bishop of Durham. So why does it still feel like a taboo?

Evolution, for example, is a fact accepted by most scientists as readily as the fact that the planets circle the sun (something that was of course once considered very un-Christian itself) and yet it's still difficult to admit to having full faith in the theory. I know people within my church whose opinion of scientists is that they are "arrogant and change their minds the whole time". Not only is that sweepingly condenming but also a very convenient way of belittling any science that isn't comfortable. If it's a part of science that I like, say medicines to make me well, then I'll accept it from those "arrogant" scientists, if it's something that might make me have to question some things I don't want to question, then it's just scientists changing their mind again.

I don't understand the fear. Absolutely nobody has to believe in the science that the majority of the world believe in if they don't want to, but by belittling it as a means of defence it is belittling the people who do believe in it. All truth is God's truth. There is nothing scientists could discover that would make me lose my faith so I am unafraid of science. As far as I'm concerned all scientists are doing is discovering the way in which God made this universe work. Sure, it does mean you have some questions to answer when it comes to interpreting the scriptures, but I have yet to find a problem there that is insurmountable. It is not the scientists that are creating a "God of the gaps" by picking and choosing what they want to accept.

As someone about to find a new church to be part of it's a big deal for me. I don't need people to have the same faith in science as me, but it would be nice to find somewhere where I felt like I could talk about something interesting I'd read in the news, for example, without having to vet it first to see whether it had any assumptions based on "un-biblical" science, for fear it might put me firmly in the ranks of the "arrogant" scientists or, at best, naive. A Christian dismissing science they haven't bothered to learn about is no more intelligent or less arrogant than a scientist dismissing a God they haven't tried to get to know.
Posted by Chloe at 09:46 No comments: