Last night, the husband and I watched Prince Caspian on the good old iplayer. A lot of literary critics have sneered at CS Lewis for the obvious way he has packed his Narnia stories full of Christian symbolism, but in my opinion it is a beautiful example of how the messages in the stories we write don't have to be sophisticated to work. If you fill your writing with subtle messages that you're going to need to explain to the reader before they understand them, what have you really achieved? Forget for a moment whether or not the Christian message is your cup of tea and just consider Narnia...

Firstly, there is Aslan, a obvious representative of Jesus (the "Lion of Judah"), but it's the stories themselves that represent the major parts of the gospel message without preaching. In Prince Caspian, the people who want to believe in Aslan are losing heart because they have been waiting for him to come back for hundreds of years. It is only the most innocent and trusting of them, Lucy, who believes she has seen him and it is her faith that provides the strength to defeat an army. There is a wonderful scene where Prince Caspian almost calls back the White Witch to help him because he is losing faith that Aslan will ever come, it is only those around him that help him to resist by destroying her on his behalf. All the way through the characters are struggling with the questions of why Aslan isn't doing the same thing he did before and why he won't prove his existence to them. I won't insult your intelligence by explaining the messages of these plotlines, but I could go on with many more examples of concepts that will be familiar to any Christian. I think the Narnia stories could teach people about the real message of Christianity and the real struggle that faith is, more than any number of Hell-fire preachers on street corners pretending that they've got it all sorted ever could.

Phillip Pullman has a similar approach. You don't have to read very deep between the lines of His Dark Materials to find his scorching criticism of the church and organised religion. But - and here's the key point - you don't have to be anti-religious to enjoy Northern Lights or a Christian to enjoy the Narnia stories. They are not sermons but both just great stories that generations of children have loved or will love. CS Lewis was a great theologian, but he was also a good story-teller. Perhaps the fact that he wrote these stories for children dictated the simplicity, but you know, I don't think the symbolism was really for his younger readers. Both he and Pullman could teach writers of all ages that a great story with a simple subtext (that you can take or leave as you like) will win over a good story with a sophisticated subtext for most people most of the time.
Posted by Chloe at 11:27 2 comments:

I am very pleased to be able to announce a small victory in short story writing. I found out last week that I have won the first New Eastbourne Writers National Short Story Competition. I have worked my way through being runner-up and highly commended etc. etc. but this is the first time I have been the outright winner in a full-length short story competition. The theme was 'The Journey' - I like themed competitions because you are challenged to think of an interesting way to interpret it, knowing that all the other entrants are trying to do the same.

Small competitions give writers like me, the chance to improve our writing without paying extortionate entrance fees or having to go through the heart ache of months of rejections from publishers. I enter competitions pretty regularly, when I'm not working on my children's novel, and I am genuinely grateful for the effort the organisers and judges put into them, especially small writing groups like New Eastbourne Writers. Obviously, in this particular competition, the judges showed that they have impeccable taste as well!

If you are so minded, have a read of my winning entry, here.

Visit my competition page to see what else I've been up to.
Posted by Chloe at 18:20 6 comments:

What a Difference a Day Makes 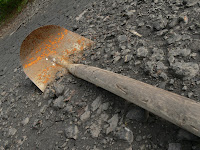 Earlier this week I was lamenting the fact that I have had no feedback on my writing from anyone for a long time (or what felt like a long time) and no good feedback for even longer. I have a few stories in competitions out there, as well as having taken the daunting step of getting some of my novel professionally critiqued but I have had nothing but a couple of rejections from magazine editors for months. Well, it was all change on Wednesday.

First up, I recieved the report from the author who critiqued the first 12 000 words of my novel. He is a well-published author himself so he knows what to look for which was both exciting for me, and scary. After that sudden arrival of vulnerability into my inbox I had a phone call from a very nice lady, saying that I had won a short story competition. Although I have done pretty well in some competitions in the past (see my competition page), I have never been the outright winner of a short story event. More details to follow once they competition organisers have made the results public (they are probably still recovering their hearing from having me shriek at them in a most unprofessional manner)...

The day after that most intense quarter of an hour of my writing life, I found out I was a runner-up in last month's txtlit again. This is hardly life-changing, but it's still nice! So all-in-all this is a good writing week and has inspired me to do many things, not least, actually put some effort into designing this blog a bit better! I had been wondering what exactly I had managed to achieve in 2010, but now I'm being less grumpy I can see that the answer is, "quite a bit". It was just mostly the sort of achievement that is hard to appreciate at the time. It has been a year for digging foundations, not building sky-scrapers.
Posted by Chloe at 16:46 No comments:

The husband and I were in a well-known chain of bookstores (OK, Waterstones) on Saturday when we stumbled on the most beautiful coincidence. It was a lesson for me in not wasting time being bitter at rejection - God has far too great a sense of humour for that...

I caught sight of The People's Friend Annual on one of the tables. The PF have recently rejected two of my stories for publication in their magazine so I picked it up with a rather graceless, "They don't like my stories, so I absolutely refuse to like their stories." And then what was the first sentence I read when I flipped to a random page?

Chloe was enjoying the story immensely.

A Flash of Christmas 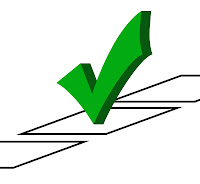 Flash fiction is a form of writing that I find oddly compelling. It's so easy to get very wrong, but the intensity of writing something in so few words means that when you hit the mark it can make something a lot more shocking/poignant/funny than a longer story could.

Recently I have entered the Chrsitmas-themed flash fiction competition, Tinsel Tales. This has a word limit of 250 words which should be plenty to get a reasonably well-formed story in. (For reference, up until this sentence, this blog post is about 100 words long). The competition is slightly different from most, as all entries are displayed annonymously on the website for people to comment on and vote for. The entries with the most votes go on to a shortlist for the judge to consider, along with a few others that the judge deems worthy of shortlisting despite not having the votes.

When I first entered this competition, I didn't read the rules properly and thought - after I had entered - that the votes were the only thing that counted. I was really disappointed. I don't like voting on competitions because it just becomes a popularity contest - whoever gets the most friends to vote for them, wins. I just wrote it off as a bad job. So it was a very pleasant surprise, on arriving home from honeymoon, to find an e-mail telling me the judge had shortlisted my entry and I had come second! Now of course, I think it is an excellent competition.

So, I would encourage you, if you have a moment or two, to take a peek at the Tinsel Tales website and choose a story to vote for. The organisers tell you to ask your friends to vote for you, but I'm not going to. If I get votes I want it to be because people actually like the story, not just because they like me. So you'll have to guess which is mine. There are only a few entries at the moment, so if you visit soon you won't have a tonne of stories to wade through. If you enjoy a story - even if you don't want to vote for it - leave a comment for the author. It's amazing how good it feels to be told someone likes what you've done, and you can comment on as many as you like.