In our mini-series of quotations from the top 10 books as voted for by the British public in 2003 (for the BBC Big Read), we have reached number eight. The eighth most popular book 11 years ago was 1984 by George Orwell. This was my favourite book out of the entire 100.

1984 has a very famous opening line and plenty of other well-known sentences and ideas - Big Brother, Room 101, Freedom is Slavery etc. There are so many fabulous, chilling quotations I could've picked from this epic novel, so here are a few thought-provoking ones. You have to let me know if you agree with them!

"Perhaps one did not want to be loved so much as to be understood."

"The choice for mankind lies between freedom and happiness and for the bulk of mankind, happiness is better."

"There was truth and there was untruth, and if you clung to the truth even against the whole world, you were not mad."

"Reality exists in the human mind, and nowhere else."
Posted by Chloe at 08:00 2 comments:

I'd like to introduce you to the reason I won't be getting much writing done over the next few weeks/months/who knows.

This is my newest and most lovely reason to procrastinate. His name is Digory and he was born at home just over a week ago, weighing 6lbs and 13oz. Paul and I fear he's looking like a future guitarist already.

I am still reading all your blogs etc., forgive me if I don't get much commenting done for a while! 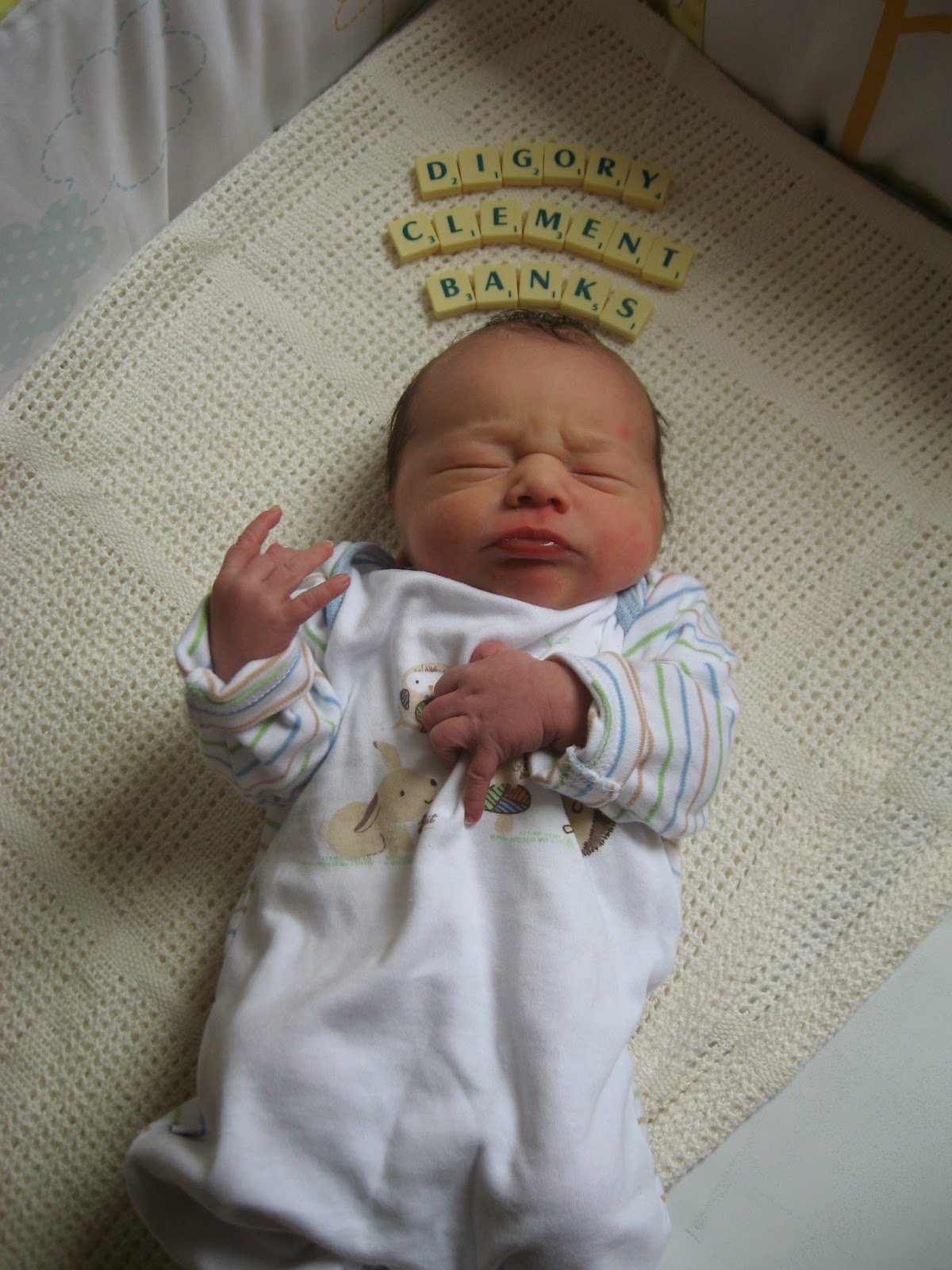 In 2003, the British public voted for their favourite books. As a series-within-a-series, I am posting a quotation from each of the top 10 books in that list. Last week was Jane Eyre; this week is number nine on the list - The Lion, The Witch and The Wardrobe by CS Lewis. I gave this book 8/10 for enjoyment.

I've posted so many CS Lewis quotations during this Quotable Friday series, it feels like cheating to do another one, but I didn't make the list! The books are full of profound thoughts, but also a lot of humour - I can never decide which to share with you. On this occasion I decided to go for the humour, with a passage that isn't particularly famous, but which tickled me when I re-read the book last month. The lion Aslan is gathering his forces to go and do battle against the wicked witch...

"The most pleased of the lot was the other lion who kept running about everywhere pretending to be very busy but really in order to say to everyone he met, "Did you hear what he said? Us Lions. That means him and me. Us Lions. That's what I like about Aslan. No side, no stand-off-ishness. Us Lions. That meant him and me." At least he went on saying this till Aslan had loaded him up with three dwarfs, one dryad, two rabbits and a hedgehog. That steadied him a bit."
Posted by Chloe at 09:00 No comments:

Last summer, after a decade of reading, I finished working my way through the BBC Big Read Top 100 Books. I'm not going to do 100 posts with a quotation for each, but I thought I might do the top 10, as voted for by the British public in 2003.

So here is a quotation from the 10th most popular book in Britain a decade ago - Jane Eyre by Charlotte Bronte. I gave this book 9/10 for enjoyment when I read it. As it happens, one of my favourite necklaces was designed with a quotation from Jane Eyre as its inspiration, so it seems only right I should share that one with you...

"I am no bird; and no net ensnares me: I am a free human being with an independent will."
Posted by Chloe at 09:40 1 comment: 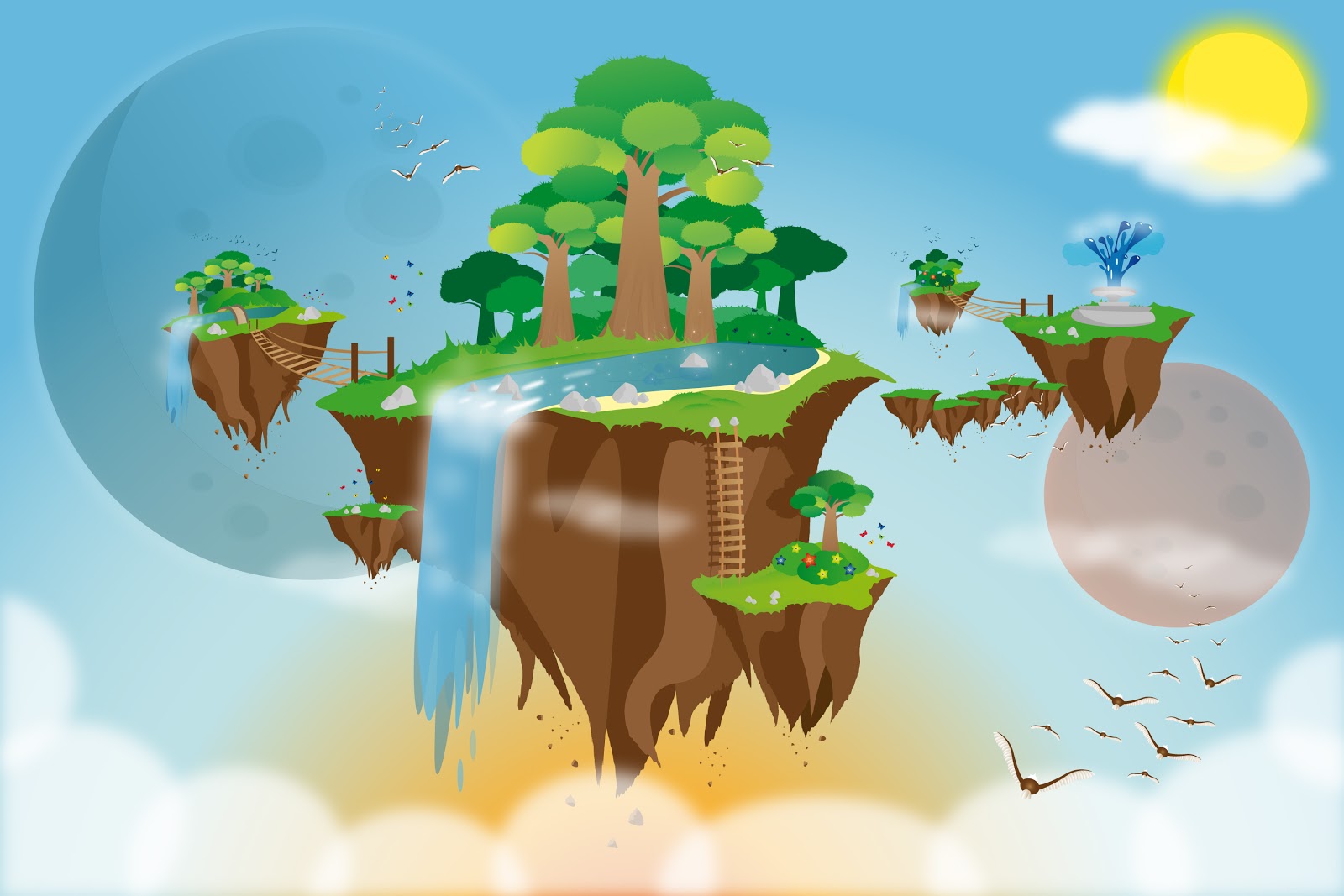 A year or so ago, if you'd mentioned 'author platform' to me, I would've pictured an elaborate treehouse where a writer might work on their latest project. It probably would've had cute windows, a sturdy wooden ladder, quite possible a porch. Turns out an author platform is something quite different. And it's something I could do with knowing more about!

Here is a useful article by Jane Friedman defining what an author platform is (and isn't), but essentially it's all about visibility and connection. How do you reach people? Are you reaching the right people? How credible is your public face as a writer?

This is, of course, vitally important. Those authors lucky enough to have made a name for themselves before these crazy days of social media, might get away without putting effort into building their visibility and credibility to new readers, but most of us either have to commit our time to it, or accept serious limitations on our prospects as published writers. It would be a rare - perhaps unique - publishing house now that didn't expect their new authors to be doing some combination of blogging, tweeting, live readings, sending out newsletters and writing guest posts and articles. (And, of course, if you self-publish, this is even more of a big deal).

What then, should I be doing? I write this blog, and read many others. I dabble in Twitter and I enjoy Facebook (though mainly for catching up with friends and family rather than as a writer). Occasionally I branch out into guest posts on other blogs, and I will shortly be appearing on a podcast about novel writing with a very talented musician, Steve Dunne (more later!). I know I could do more to create new connections, but what should I be focussing on? It's not enough to have a blog and expect that to bring you a higher profile, without promoting it in any way; it's not enough to be nice to a couple of people on Twitter and expect news about your brilliance to spread!

The idea of an author platform isn't to push your own work so hard nobody wants to ever hear from you again, nor is it about blogging and tweeting etc. in itself. The whole point is connection; building relationships with potential readers - "incremental improvements in extending your network" as Jane Friedman puts it. Building a platform shouldn't be a chore to be tacked on to the end of a working day - it should be part of your creativity as a writer across the years. It is from this platform that you can launch any marketing campaigns and advertising for your work you feel appropriate - they are not part of the platform in themselves.What would you say are the most important ways to create connections with potential readers?

I think my biggest fear when trying to reach out to other writers and readers is coming across as purely self-interested or as a dodgy salesman. Of course one day I'd love to be selling well, but I haven't had anything to sell for the first years of my writing, and I've still enjoyed connecting with people. I spend a lot more time commenting on other people's blogs and following their progress than writing on this one! If I was to compile a list of things I definitely shouldn't do, when it comes to making connections (or once I've made them), what do you think should be on it?

I know author platforms are unique to the author in question, but I'd be interested in hearing about how you've gone about building a network of people around you, or - as a reader - what puts you off connecting with writers in the real world or online.

I've mentioned my love for Charles Dickens, and A Tale of Two Cities in particular many times on this blog. I have quoted the opening passage before - perhaps one of the most famous passages in all history. But to show that A Tale of Two Cities is so much more than the first paragraph, here are some of my other favourite quotations from that marvellous book. Read it!

Romance: "I wish you to know that you have been the last dream of my soul."

Humour: "Mr. Cruncher... always spoke of the year of our Lord as Anna Dominoes: apparently under the impression that the Christian era dated from the invention of a popular game, by a lady who had bestowed her name upon it."

The wonder of humans: "A wonderful fact to reflect upon, that every human creature is constituted to be that profound secret and mystery to every other. A solemn consideration, when I enter a great city by night, that every one of those darkly clustered houses encloses its own secret; that every room in every one of them encloses its own secret; that every beating heart in the hundreds of thousands of breasts there, is, in some of its imaginings, a secret to the heart nearest it!"

Sacrifice: "It is a far, far better thing that I do, than I have ever done..." [These words - spoken by one of my favourite characters in literature - would be a candidate for a book tattoo if I ever felt the need to get one.]

There were so many fabulous quotations, I had trouble choosing. Here is a final one that makes me laugh every time. I love Charles Dickens's dry humour.

After asking for your advice on whether I should change the title of my novel, and previously blogging on the importance of a good title, I thought it only fair to draw your attention to The Diagram Prize. This is an annual award for the oddest published title of the year.

This year's shortlist of six books, contains two books about poo. This is the level we're working at here, people. The only other time I've been aware of seeing more than a couple of articles about The Diagram Prize was two years ago when it was won by a book called Cooking With Poo. Are you spotting a trend? (In the interest of fairness I should point out that Cooking with Poo is a recipe book written by a chef from Thailand whose nickname is 'Poo' - Thai for 'crab').

Despite the obsession with toilet humour on the shortlist, it does make for intriguing reading. The full list for this year is:

You can vote for your favourite title until 16th March, with the results announced on 21st. Previous winners include: Goblinproofing One's Chicken Coop; Greek Rural Postmen and Their Cancellation Numbers; Managing a Dental Pracitce the Genghis Khan Way; and Living With Crazy Buttocks. All of which sound perfectly splendid, not to say immensely useful to most of us at one time or another.

Which of this year's shortlist would you vote for?
Posted by Chloe at 11:08 11 comments:

Labels: cooking with poo, odd titles, the diagram prize, titles, vote
Newer Posts Older Posts Home
Subscribe to: Posts (Atom)
I'm represented by David Haviland at The Andrew Lownie Literary Agency. My novel, The Art of Letting Go, was published by Thistle Publishing in July 2014. Get it here!
Find out more at chloebanks.co.uk, hunt me down @ChloeTellsTales, or talk to me directly: hellochloe@chloebanks.co.uk