Is it possible to enjoy the work of an author if you disagree with, or even dislike, them as a person? 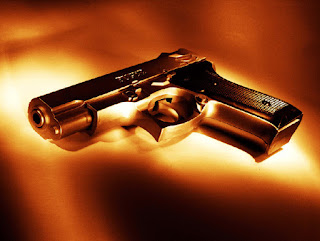 With all the celebrations going on for Roald Dahl's centenary last month, I came across this article: "Don't Ignore Anti-Semitism in Centenary." I hadn't realised there was any controversy about Dahl and anit-Semitism before reading this. This made me sad. I DID know that another popular children's author, Enid Blyton, has regularly been criticised for racism and sexism. There are many discussion about whether she was particularly unusual, or merely fitting in with the ideas of her class at her time; either way, racism and sexism are racism or sexism.

A year or two ago, when I first joined Twitter, I followed an author whose most famous book I'd just read. Within a week I'd seen a Tweet they'd written fiercely defending gun ownership and criticising attempts to introduce better gun control in the USA. I don't want to get political on this blog, but lets just say that my views are strongly and passionately different from his! I was disappointed in him. But what do I expect? That books I enjoy must be written by people I would get on with a cocktail party? (This is a hypothetical question - being socially awkward and teetotal, at a cocktail party I would be sipping water and laughing too hard at rubbish jokes or asking inappropriate questions.)

I haven't sought out any more books by that author. It hasn't been deliberate - at least, I don't think so. But every time I think of the thriller I had enjoyed so much, I also think of that Tweet and what it says about the author.

I wonder too, what people would think of me from my tweets. I am concious that it is the public face of me as an author. Not a high profile one, but public nonetheless, and I am careful not to post anything potentially inflammatory. I do however, post links and tweets about things I'm passionate about - such as Amnesty International campaigns.

What do you think? Does an author's character (which we mostly never know, of course) affect how you think of a book? If you were an author (or already are), do you make the effort to be non-controversial on social media for fear of putting people off?

I stopped following my gun-loving author. In fact, until recently, I didn't follow any other famous authors because of that incident. I might have misread that Tweet, or got the wrong idea, or something. But it made me realise that we can know too much about the mechanism behind the fiction.On the whole, perhaps I'd rather not know the author at all.
Posted by Chloe at 07:30 2 comments:

Labels: authors, controversy, enid blyton, meeting authors, roald dahl, twitter
Newer Posts Older Posts Home
Subscribe to: Posts (Atom)
I'm represented by David Haviland at The Andrew Lownie Literary Agency. My novel, The Art of Letting Go, was published by Thistle Publishing in July 2014. Get it here!
Find out more at chloebanks.co.uk, hunt me down @ChloeTellsTales, or talk to me directly: hellochloe@chloebanks.co.uk