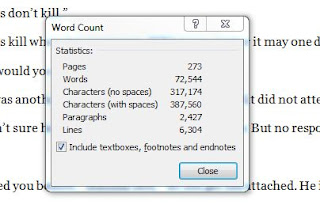 I am a bit of a statistics geek so I love my word counts! I was worried that for a novel for children, 98 000 words (the length of the draft I am working from) is too long but the author who critiqued part of it for me, assures me it isn't. I am pleased, however, to be cutting down a fair few thousand in this version anyway. About 100 000 words is normal for adult pop fiction (e.g crime and thrillers) and fantasy tends to be a bit longer, but word counts on children's books vary from really short to really quite long. On the Harry Potter scale (that all children's writers will be doomed to be compared to for eternity) my book will be just a smidge longer than The Chamber of Secrets but shorter than all the following ones (particularly The Order of the Phoenix which has over a quarter of a million words in it) and shorter than the books in the His Dark Materials trilogy by Philip Pullman. I'm happy with that.

In his book, On Writing, Stephen King says that one of the best bits of advice he was given was: second draft = first draft -10%. I try and bear that in mind when I'm writing. The first time I wrote this story it came out at just over 100 000 words, so if it's close to 90 000 I hope I will have made Mr. King proud. But how do you cut down so much? Well, another piece of advice he was given early in his career was, "When you write a story, you're telling yourself the story. When you rewrite, your main job is taking out all the things that are not the story." You know what that means folks: all those adjectives and adverbs that you lovingly put in to make the prose more interesting but really just slow the story, that great metaphor that is a creative masterpiece but has no place in the narrative, that elaborate bit of scene-setting that shows off your technical wizardry but bores your reader stupid, all those needless bits of dialogue that are merely pleasantries (contrary to popular opinion I think that if you make dialogue strictly realistic you end up with a lot of wasted words - we don't talk as economically as we should write!) - they all have to go. It doesn't matter how good something is, if it doesn't move the plot forward it's out. I am in the middle of this process: the process of killing my darlings.

I have found quite a bit of wasted conversation in the draft of my novel so that's obviously one of my writing sins. What are your worst word-wasters? Or, if you're not a writer, what's your equivalent to having to kill off the words you've so lovingly slaved over?
Posted by Chloe at 18:17 4 comments: 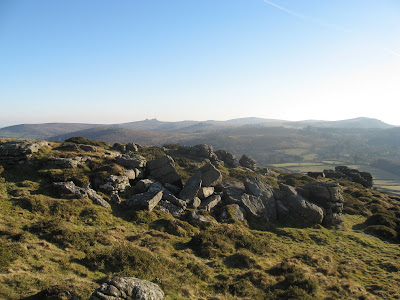 I'm at that stage in my novel re-write where it's all about endurance. The first few chapters needed to be re-written entirely and in another few chapters time I need to do the same, but for now the only alterations are little tweaks here and there. In a way it's a good place to be as progress is fast - I am about half-way through the re-write now - but by the end of the week, it can also feel like a bit of an uninspiring trudge. I reached the end of last week with my head on my desk. I tried to read back what I'd written, on Friday evening, but I was in no state to judge what I'd done - to me, everything sounded terrible and overwritten. I think if I'd let myself edit my work when I was that tired, I would have ripped out about half of it and ended up with a list of bullet points!

Yesterday I decided to take another day off the novel in order to fulfill my obligation to the short story anthology I'm meant to be contributing to. Having had some feedback on the first couple of drafts I spent the day working on the final (or nearly-final) version. The deadline is soon, but as long as the publishers get my contract to me in time, I am sure I'll make it. I just need to think of a title...

So today it's back to The Crosser of the Worlds for me. I need to spend a few hours editing last week's work and then it's onwards and upwards I hope. I have got my hero, Kit, off the world that I find it hardest to write about, so I see a ray of sunshine ahead for this week! I just need to find some inspiration. Thank God I live in such a beautiful place and with such a supportive husband - those two things keep me sane and happy however much my nose is being ground. The photo is just one of many I have taken recently that makes me smile. This is taken from on top of the hill I can see from my study window, I love being so close to places like this. I've definitely been more inspired and focussed to write since moving here. What inspires you with your writing or with your work?
Posted by Chloe at 10:19 7 comments:

A Sad Twist in the Tale 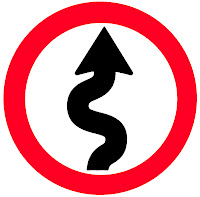 I was sad yesterday to read that on only its third showing, the Twisted Tales competition has closed its doors. I came second in the inaugral competition last summer and from the e-mail list I deduced that there were about 50 entries in that round, which is reasonable for a first-timer. But it seems that the number of entries went downhill instead of up from there and they have not been able to cover the prize money.

It's such a shame that people who are willing to run friendly and well-organised competitions have not been able to keep going, but finance is finance and organisers rely on writers entering their competitions as much as we rely on them organising competitions. Perhaps it was overly-ambitious to try running a competition every quarter. Anyway, I was on their website in the first place to check there was nothing in their rules to stop me publishing my short story on this blog as well as it being up on their site. I guess the fact that they've shut down is an answer in itself. So for those of you who haven't read it, When All This is Over can now be found on the "Sample Writing" tab above.
Posted by Chloe at 09:55 3 comments: 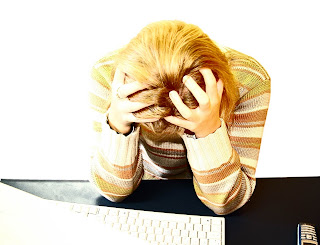 Yesterday I received the critique for Doreen and the National Trust Terrorist, which was my prize for being the runner-up in Short Story Radio competition. Having someone criticise your work doesn't feel like much of a reward, but I know it's good for me! It was also a rare chance to have work critiqued by someone who was once the fiction editor at a large magazine.

I was really pleased that she was complimentary about the fluidity of my writing and especially about the dialogue. If your dialogue is poor there's little point in you bothering to write the rest at all and as I am currently writing a children's novel (which, because of the age of the audience, has a greater proportion of dialogue than adult books), this was very encouraging. I wrote this story in only a couple of days and because I didn't think it stood a chance in the competition I let a few things slide that I normally wouldn't have done, thinking that nobody would notice. And of course, these were the things she picked me up on! They were mostly factual inaccuracies like Doreen taking buses to the National Trust properties where they are unlikely to be on a bus route - little bits of information that I didn't bother checking out. I thought I could get away with a little bit of lazy writing, but sloppiness always shows!

Considering the name of the story, it was interesting that the editor didn't think I should either use the word 'terrorist' or set the story in the National Trust properties. She doesn't think the National Trust would be amused! I agree with her on the use of "terrorism" - although it is a very light-hearted story and there is no terrorism involved, it is a very loaded word in the media - but I'm not sure I agree on the setting. I also found it odd that she didn't think it was appropriate for one of my characters to poke fun at English Heritage. But it wasn't my opinion! If I was writing a character that was racist then they would have opinions that neither I nor my readers shared and I would write them saying things that I would never say. One of my characters having an opinion that is contentious is surely not a problem in a work of fiction? But then, I am sure that the editor knows a lot more about what is acceptable or not. What do you think?

Now I just need to decide whether I want to make the changes she has suggested and try to sell the story to a magazine, or leave the story as it is and just put it up on this blog and forget about it. Completely changing the setting would be quite a big deal and I'm wondering whether it would be worth it to get a magazine credit on my writing CV...
Posted by Chloe at 10:15 3 comments: