That's Quite Enough About Me...

Now that my novel's finished and I am entering the potentially very long process of submitting to agents, I need something else to talk about. Sure, from time to time I may have some interesting news, but mostly I'm just going to be doing assignments for my writing course and playing around with bits of fiction, trying to get inspired. I'm guessing that is not going to make for scintillating reading. So how about instead of talking just about me, we talk about you instead?

Freya Morris recently posted about villains from children's literature. It was a great post in itself, but it was also fun to read everyone's responses to it. It's interesting to find out what different people think (in this case, which villains scared them the most when they were young - both Freya and I would give our vote to Maurgrim the wolf from the BBC version of The Lion, The Witch and The Wardrobe. Visit her blog to cast your own vote!). So I've decided that whenever I have no news worth writing about you can do the work for me by answering questions. Starting with:

What is your earliest memory of reading as a child?
What was your favourite book as a young child (for argument let's say, before the age of eight)?

My earliest memory is of nursery school, reading the Roger Red Hat series. I remember there was a page that had a picture of Roger with a ball and the words, "Roger has a red ball" underneath. I couldn't read the sentence so I remember desperately scanning the picture to try and guess what the words might mean. I can still see that page as if it were a photograph.

I'm sure I had lots of favourite books, but the one that sticks out in my mind is, "The Hurricane Tree" by *hastily checks Amazon* Libby Purves and Priscilla Lamont. Perhaps it was because I spent every moment I could in the garden and considered the apple tree to be one of my best friends. It's not very famous so I would be interested to know if anyone else has ever read it? I haven't read it for years but I'm pretty sure I've still got it somewhere. 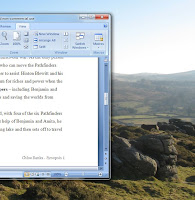 Suppose I've got to actually send it off now, don't I?

I spent some time considering whether to go for a bigger agency to start with or a smaller, more personal one. I can see the advantages of both. In the end though, I've picked my first agency just based on the fact that I really like the sound of them. They are biggish but not too big and everything on their website is friendly. Most agencies talk about being "willing" to read work and then everything else they write makes it sound like they're anything but! I've found a few though that are more amiable and this one talks about being "excited" to read work from unpublished authors. They've even provided a little essay from their reader to help you know what they are looking for. They are honest about their statistics - about 6 books a year taken on from about 2400 submissions - but hey, we all know that that's how it is anyway, don't we? A 0.25% chance of success definitely raises expectations from none to slim. 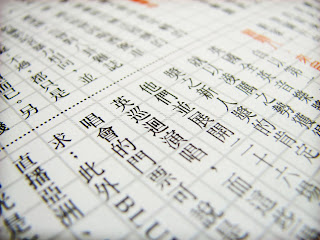 The first time I finished my novel I was amazed that I had managed to create a vaguely coherent entire book. After the first edit I was still pretty excited. Following the second draft I was quietly contented. This time, I put the last full-stop in and went to hang the laundry out. It's not that I'm not glad to have finished, it's just that the euphoria of having written a novel is somewhat dampened when it's the third time you've written it. Finishing a children's novel is becoming a familiar feeling!

It's not just finishing either. With the completion of another version comes the familiar insecurities as well. Suddenly, what seemed like scintillating dialogue feels cliched. The fast-paced fight scene is something you're sure everyone's seen before. The touching moment of re-union is not so much tear-jerking as vomit-inducing. That's when the fiddling starts - a tweak here, a tweak there. I've had to send it to my Mum to proof-read for me to stop myself playing around with it and making it worse!

Being objective, I'm pleased with it. Every draft has been better and richer than the previous one. It is by no means the best book ever written, but it's alright you know. Some bits, I'm even quite proud of. The thing I most worry about though is getting the balance right. Have I explained everything properly? Have I over-explained things? This is particularly tricky when you are creating a fantasy world (or five in my case). How do you get the message across without being patronising?

We humans are pretty bad at getting a message over when it's something close to our hearts - like a first novel! Take Christianity for example. The message is insultingly simple:
(OK, I may have paraphrased the bible a little there!) Yet somehow, Christians (and I'm not excluding myself from this) have managed to take this message of, "you don't need to feel guilty any more" and let it come across as, "you need to feel really guilty about being a terrible person". I'm not saying there aren't important things to think about but we let something we never believed in obscure what we do believe in.

All that was rather a  lengthy illustration of how easy it is to get the message wrong. Can I be sure that the central theme of my book - approximately, 'being a hero isn't about being good at stuff, it's about making the right choices' - won't come across as, 'being a hero is about being really good at stuff'?! Just like God is probably banging His head against a brick wall sometimes when He watches His message being mangled, perhaps all writers have to accept that once the story comes out of our heads and on to a page, it doesn't just belong to us any more.

What do you worry about most in your writing or work? Does it bother you or excite you that something you create can be interpreted differently? Are you an over-writer or an under-writer? (I'm definitely over!)


For anyone else about to start another draft of a novel, may I point you to this article for some helpful, last minute advice. Happy September everyone!
Posted by Chloe at 10:24 6 comments:

Labels: children's novel, christianity, editing, insecurity, jesus, message, re-write
Newer Posts Older Posts Home
Subscribe to: Posts (Atom)
I'm represented by David Haviland at The Andrew Lownie Literary Agency. My novel, The Art of Letting Go, was published by Thistle Publishing in July 2014. Get it here!
Find out more at chloebanks.co.uk, hunt me down @ChloeTellsTales, or talk to me directly: hellochloe@chloebanks.co.uk