The Best Children's Books of All Time 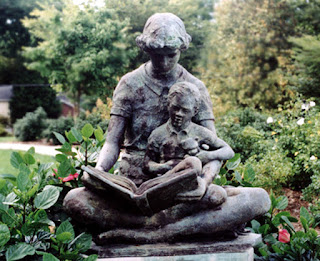 I recently came across this list of the 15 best children's books of all time, published in the Telegraph. I thought that title was a surprisingly definite one! Who decided these were the best of all time? That aside, the ones in their list are:

I have read all of these except Emil and the Detectives, The Doll People and The Child That Books Built ( which apparently isn't actually a children's book but "a guide on how to grow into reading; and it’s a wonderfully eloquent take on how growing up happens unexpectedly"). I also didn't realise Journey to the Centre of the Earth was a children's book when I read it as a teenager, but there you are!

Would you add anything to this list? I was surprised Harry Potter wasn't on there (although it was in their list of contenders at the end of the article). I couldn't pick a favourite from the list (could you?) but all the ones I've read fill me with a sense of nostalgia, that I also get from certain other titles. So if I was to cut out the three I haven't read, plus Jules Verne, I think I would replace them with:


What are your top children's books of all time? Are there any children's classics you couldn't get on with?
Posted by Chloe at 14:45 4 comments:

Delighted to say that The Art of Letting Go is a Kindle Daily Deal today on Amazon.co.uk. For today only, you can buy my debut novel as an e-book for only 99p. To take advantage of the offer click here, or search on Amazon.

I'd really appreciate you helping me to spread the word as once the clock passes midnight, it's too late! Thank-you.
Posted by Chloe at 08:00 No comments:

Labels: amazon, deals, promotion, the art of letting go
Newer Posts Older Posts Home
Subscribe to: Posts (Atom)
I'm represented by David Haviland at The Andrew Lownie Literary Agency. My novel, The Art of Letting Go, was published by Thistle Publishing in July 2014. Get it here!
Find out more at chloebanks.co.uk, hunt me down @ChloeTellsTales, or talk to me directly: hellochloe@chloebanks.co.uk