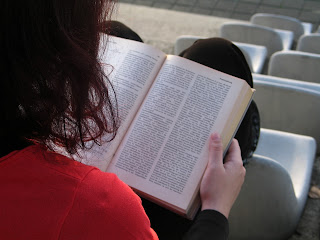 All this of course, is by way of avoiding the inevitable: at some point I am going to have to tackle writing the synopsis of my novel. Advice welcome!
Posted by Chloe at 15:20