The Death of the Professional Writer? 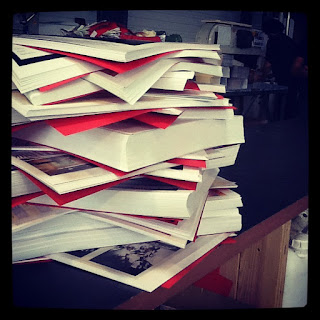 It's easy to be gloomy about the state of the publishing world when you read articles such as this one from the BBC, under the headline: 'Sales of Printed Books Slump in 2012'. The article tells me that physical book buying is down nearly 5%. And although this is off-set by people buying more digital books, those digital copies are cheaper. "People are buying more books but are paying less for them". I wonder what this will mean for the writers of the future?


There's no point being anti-digital books. They aren't just coming, they have arrived. I'm convinced, however, too many people love physical books too much for paper copies to die out completely. The figures may have "slumped", but people still spent over £1.5bn on physical books last year. This is not the death of books. But will it be the start of the slow death for professional writers? When books are sold this cheaply will anybody be able to make a living from writing fiction? And does it matter if the answer is no? I'm not sure.

Most writers produce their first novel at weekends, while working a nine-to-five during the week. So maybe it doesn't matter if nobody ever has the money to turn professional. But the trouble is, there would be professionals. But those professionals would be the people who don't need an income. Maybe writing novels would become the prerogative of the rich. And producing one book while working a day job is one thing; trying to do it for several decades is another. Think of how many great books wouldn't get written because the author didn't have time.

I found some things to be cheerful about in this article - people buying more books, cheap or not, can't be a bad thing, right? But of all the statistics that made me sigh, the ones relating to the Fifty Shades of Grey trilogy were the most disappointing:

Whether or not we have professional writers in the future, what every generation needs is good stories. Well-written, entertaining, thought-provoking, beautiful stories.

So, cheer me up. What are the best books you've read by a British author in the last year? Who are this generation's writers who will carry the flag for beautiful writing? Who am I going to tell my future children about with pride?