Miguel brought us such phrases such as "honesty's the best policy", and "the proof of the pudding is in the eating". He also has dozens of little snippets which are great advice for life - many of which are funny too. I like his, "there's no taking trout with dry britches". There was a lot of wit and wisdom in his work - it's a shame he's not better known in the UK.

For all my friends out there who love a good book, let this quotation from Miguel de Cervantes, be a warning to you...

"Finally, from so little sleeping and so much reading, his brain dried up and he went completely out of his mind."

*Incidentally, can anybody tell me definitively how to pronounce Don Quixote? I have heard it said both as Don Quicks-oat and as Don Key-oat-ee.
Posted by Chloe at 09:32 2 comments: Links to this post

Can Reviews Ever Be Unfair? 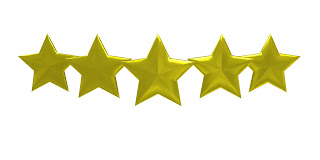 Any writer who submits work for competitions or publications has to be able to take criticism. This is especially true if you have a published book. Reviews from readers are the lifeblood of a new author's career and you have to learn to take the one-stars with the five-stars. But can reviews ever be unfair, or are all opinions equally valid?

I have never minded getting one-star reviews for my debut novel The Art of Letting Go. Obviously I would rather everybody loved it, but if somebody dislikes it so much to give it only one star it was never going to be for them even if I'd written it better! My novel currently has 111 reviews, averaging 4.3 stars and with 65 five star reviews. I also have three one-star reviews which I take to be part of the process - even the most critically acclaimed books have poor reviews. However, I received a three-star review the other day that I thought was unfair.

"It was OK but I feel that I have been trapped into reading a Mills and Boon."

Now, I am not snobbish about Mills and Boon - they publish romances that are enjoyed by thousands (millions?) of readers, even if they are not considered of the highest literary merit by the critics. My problem with this review is that my book isn't a romance! Anybody reading that review would assume there was a romantic core to the story and may well be put off if that wasn't their thing. Although the main relationship in the novel is between a woman and a younger man, there is no romance between them at any point. It is a story of a strange and unlikely friendship, not a boy-meets-girl romp.

I almost jumped straight on to social media to ask people to vote the review as unhelpful, then I paused. If the words this reviewer wrote were genuinely how they felt about this book, then the review was fair, surely? (And I'm hoping that the fact my ranking plummeted rapidly in the 24 hours after that review became the most recent one on my Amazon page, was coincidence!) What do you think? Can a reader just be wrong about a book?

Individual reviews aside, there ARE two aspects to Amazon reviews that do seem unfair to me. Firstly, the disappearing reviews. At least two people have contacted me to tell me that they left five-star reviews for my novel that Amazon appear to have taken down within a day or so. I'm not sure what algorithm or checks Amazon use to decide whether a review is genuine or not, but these were real reviews that don't make it on to my statistics. There is apparently nothing you can do about this either.

As with all reviews - good and bad - the only thing to do is to keep writing and keep hoping that people will read what you've written and like it enough to leave a good review! If you have read my novel and haven't yet reviewed it, please consider doing so - reviews do mean so much to new authors.
Posted by Chloe at 14:15 5 comments: Links to this post 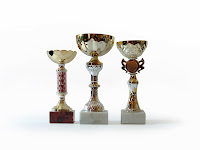 I am delighted to say that I have come second in a competition run by Association of Christian Writers to retell a Bible story for modern adults. This flash fiction competition was one of the three mini-projects I chose to do to ease myself back into writing after an extended break. It's great to know that I haven't lost the ability to string words together completely.

It was an interesting challenge because you start the writing process effectively already knowing your plot. I kept wanting to end the story in all sorts of different ways, and had to remind myself that it wasn't my plot to change! Considering the original story is a few lines long, I found it surprisingly hard to stick to 1000 words as well. Nevertheless, I enjoy challenges like this. (One of my favourite published pieces was a flippant re-telling of Sleeping Beauty over at Everyday Fiction.) It was a great way for me to get back into writing.

As only the winning story is going to be published, I offer you my story below. I hope you enjoy it!

“I can’t believe you’re doing this.” I dig my fingers into Mark’s shoulders. “Pretty sure breaking and entering is illegal you know?”

“Quit your whining, Speedy Gonzalez.” Mark shifts me further up his back. “I said I’d get us in, didn’t I?”

“I thought you meant you’d get us tickets. Not that you’d leave my wheelchair in a dark alley and drag me in through a toilet window.”

“There aren’t any tickets.” Mark is panting as he heaves me along the dim corridor. “And you saw that queue. There’s no way we’re getting in tonight.”

I don’t bother pointing out that if this guy – a street magician or whatever he claims to be – is as amazing as everyone says, then he’d hardly be doing a gig in a place like this. Somebody who could cure cancer for real would be doing a stadium tour at 50 quid a head, not one night in a grotty pub with free entry. I don’t bother saying it because I’ve said it before. Many times.

Mark has spent all week trying to persuade me to come tonight. I wanted nothing to do with it. After my post-graduation lads’ holiday to Ibiza went so disastrously wrong a decade ago, I grew sick of people trying to cure me. The doctors all agreed then that I’d never walk again, so it irritates me when people tell me to take folic acid or drink kale smoothies – as if I’m pregnant or prone to colds, not paralysed. The only reason I’d given in to Mark in the end was because I owed him. When all my other mates drifted away – when I pushed them away in the bitterness of After The Accident – he hung on. While I made everyone else’s life hell, he took the blows and kept calling. And until now, he’d never tried to cure me.

“This is mad.” I glance around for security cameras. “Can’t we just go for a pint?”

“We’re here now.” Mark stops outside a grey door. “Might as well see this guy.”

My irritation at Mark is replaced by a sudden fear. It isn’t the fear of getting caught sneaking in the back though. It’s the fear that Mark might be right. This guy we’ve come to see, I’m sure he’s a conman. He must be. And yet I can still hear that tiny whisper of what if at the back of my mind. What if he can heal me? And what if he refuses? What if he looks at me and realises that I’m not the victim of a tragic accident but entirely to blame for my trouble? What if he knows I put my parents through hell and he decides I’m not worthy of health? It’s better to be a hopeless case than an unworthy one.

Before I can stop him, Mark pushes on the door. The space it reveals on opening is tiny. 40 or 50 people stand pressed together, all eyes fixed on the far end of the room where a man stands on a chair. 40 or 50 pairs of eyes watching him; one pair of eyes – his eyes – watching something else. Watching me.

One by one the crowd begins to turn, trying to see what the Man is looking at.

“Let’s go,” I hiss in Mark’s ear. “Before they lynch us for queue-jumping.”

“John.” The Man speaks my name softly, yet the silence amplifies it in the expectant room. “I’m glad you could come.”

He jumps from his chair and edges his way through the crowd towards me, only stopping when he’s within touching distance. For an entertainer, if that’s what he is, he has made little effort with his appearance. There is nothing remarkable about him – nothing you’d remember the next day. Nothing and yet somehow, everything.

“You came to talk about Ibiza,” he says.

“No.” I shake my head. This has to be some sort of set-up by Mark. Some sick joke.

“No,” I say again. Set-up or not, I have a sudden mad urge to make him understand what I feel he already somehow understands. “I can’t be. It was my fault. I was drunk. I was an idiot and I...”

“I know.” Another smile. “You’re right. It was your fault.” A shrug. “You’re forgiven anyway.”

“Brilliant.” A woman in the crowd rolls her eyes. “Matey here obviously can’t walk or something and you’re telling him he’s been forgiven? Big deal. Why don’t you actually heal him if you’re so clever?”

The Man’s eyes slide from my face to the crowd. He laughs. “My friend here tells me it’s easier to heal the past than to heal a broken back. Is she right?” His eyes fix back on mine. “Is she right?”
I don’t know what to say.

Out in the corridor, Mark eases me to the floor and sits down beside me. “I’m so sorry. I didn’t know he was going to be that weird. I wouldn’t have brought you if...” His voice trails off. “I didn’t know you knew him.”

“Yeah.” Mark glances at me than back at the floor. “That stuff about Ibiza.” He shakes his head. “You were right. He’s just a weirdo.”

“Let me drive you home.” Mark stands as people begin to spill from the room we’ve just left, filling the corridor around us. “It’s the least I can do.”

“I’m OK.” I put a hand on Mark’s arm. “It’s a nice evening.” I take a deep breath and slowly, hesitantly begin to pull myself upwards. “I think I’ll walk from here.”

Labels: Association of Christian Writers, bible, competition, everyday fiction, flash fiction, retelling, winning
Newer Posts Older Posts Home
Subscribe to: Posts (Atom)
I'm represented by David Haviland at The Andrew Lownie Literary Agency. My novel, The Art of Letting Go, was published by Thistle Publishing in July 2014. Get it here!
Find out more at chloebanks.co.uk, hunt me down @ChloeTellsTales, or talk to me directly: hellochloe@chloebanks.co.uk